AUTHOR: Safely Through the Fire: A Story of Love, Loss, and Rebirth (2001)

Safely Through the Fire:
A Story of Love, Loss, and Rebirth
"Life's Most Difficult Lessons..."

"A poignant yet thoughtful story of a sister's grief...paints a realistic portrait of isolation, emotional and spiritaul upheaval, and the eventual resolution of a brother's untimely death..."

"Life's most difficult lessons never seem to wait until you are ready for them. Anna thought that they did until one dreaded Labor Day, when the sky fell, the sun grew dark, and she embarked upon a journey from which she would emerge completely altered (STF-- Chapter One)." Anna's faith is no match for the inconceivable news that her brother Billy, the most stable presence in her young life, is dying of AIDS.

Author Claire "Vimala" Anderson, whose own brother died in 1992, draws upon personal experience to build a poignant, yet thoughtful story of a young woman's reluctant initiation into the world of loss and grief. With her brother gone, and her faith utterly destroyed, a miraculous message from beyond the grave sets her on a path of self-discovery that leads her into a gradual rebirth of hope and faith.

"This is the book I longed for when I first learned that my brother had AIDS. I wanted someone who had already weathered the storm to send back a word of hope." This story is for the multitudes who have been left behind..." 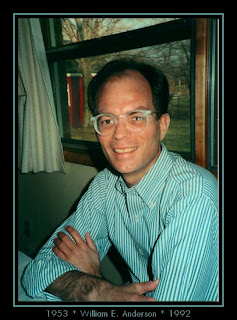 FOREWORD: "Should this work endure into an age when understanding, acceptance and compassion are the rule of the day, I want the reader to know that there was a time in the history of mankind when it was not so. Against the dark social backdrop of fear, superstition, and intolerance, some souls shown as brilliant stars, reminding us that there was indeed a better way. My brother was such a Star. Within these pages, I have offered the reader an opportunity to gaze upon the night sky of the disease called AIDS, and to discover that contrary to public opinion, it is ablaze with the welcoming light of love, peace, and hope..."


"...A candid glimpse into the world of AIDS-related bereavement..."
--Erie Gay News

"...A book of hope and of life in the face of a death and a cruel dying."
--Jerry Trambley, Erie Times-News

BOOK AN AUTHOR EVENT: Having experienced the traumatic loss of her oldest brother Billy to AIDS in 1992, author Claire "Vimala" Anderson has written a fictionalized account of her grief journey. She is available to share her story and insights with interested individuals, groups, and audiences who so request. To sponsor a talk or event: EMAIL

For your enjoyment - a musical tribute to her brother, by the author... or, this book put to song: